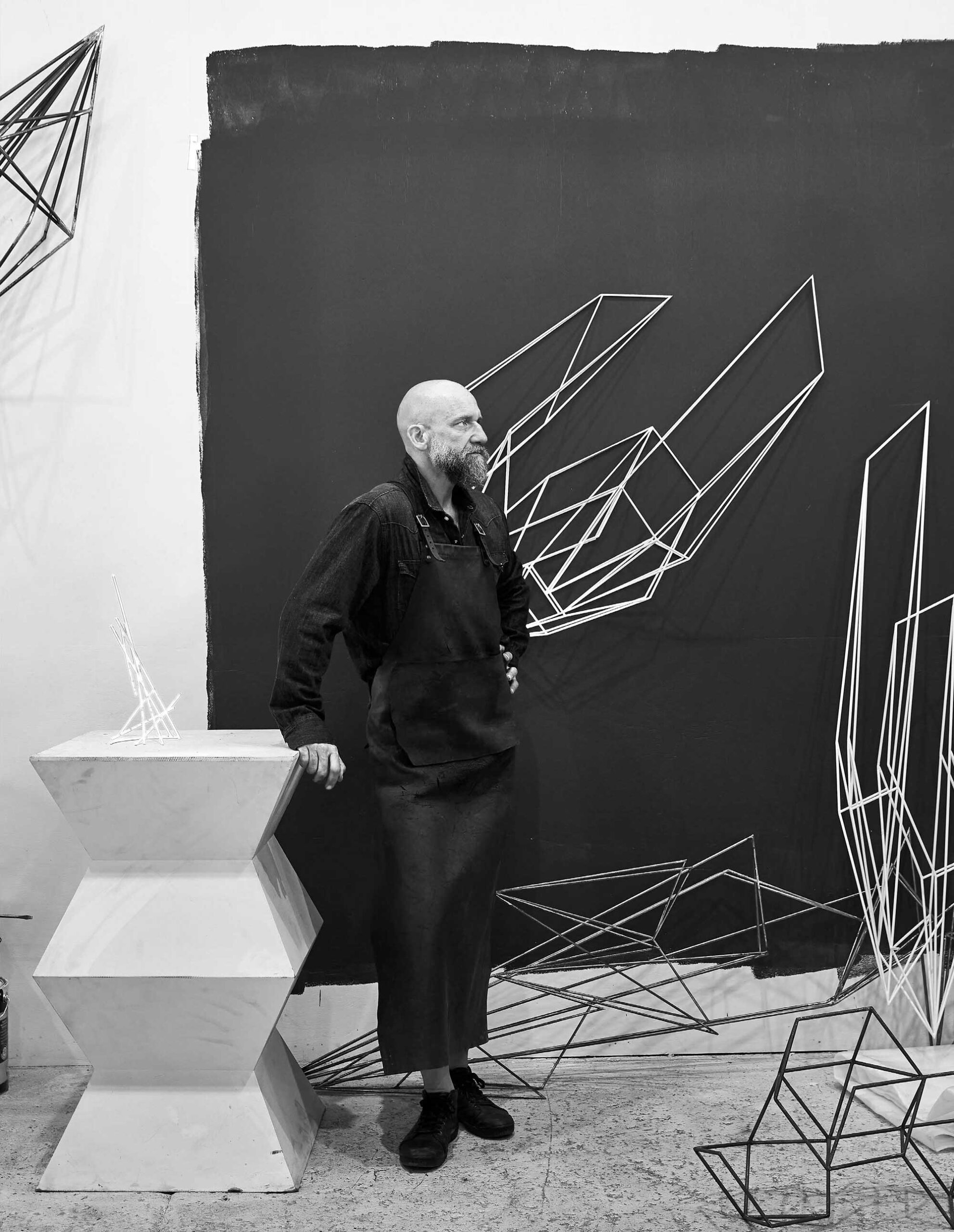 “My work is all about the shadows generated by forms. I begin every sculpture from the shadows inspired by my last, so that my body of work is a continuous interlocking chain.”

Traditionally sculpture is understood as an object on a pedestal or a plinth. In the hands of Dion Horstmans, however, it becomes a wall mounted electric bolt, or an ever-changing drawing in metal.

Through his three-dimensional, angular works he creates an interplay with light, transforming the material configuration to extend beyond its tangible form.

Horstmans’ artistic approach stems from an innate creative impulse, forged by observing the primal power of nature in his native New Zealand. The sheer pleasure of making and constructing, influenced by the geometry of trees and the unexpected junctures of his surrounding landscapes, over time blossomed into a mastery of metal in all forms.

In 2006, an intrinsic creative pull saw Horstmans abandon a successful career in the film industry to commit to a full-time contemporary art practice as a sculptor.

Working without preparatory sketches, he “draws” in three dimensions and uses the geometry of angles to generate powerful visual energy, his intuitive understanding of form ensuring there is a unity and dynamism between his works and their surroundings.

Horstmans’ work is all about the shadows generated by forms. His deliberate use of lines interacts with light, creating an interplay with the passage of the sun. Shadows stretch or converge according to the time of day, each sculptural line casting its own energy over time.

“All I do is elongate. I strip it back and stretch it out. By replicating and mutating endless constructions I am not replicating myself, instead I am replicating the pattern and velocity of my inspiration.

“I like the energy of line because it is directional and dynamic. That’s a living language that I understand without formal training. I like the speed of straight lines and I intrinsically understand volume, balance and weight”

Hortsman works unaccompanied, often on several sculptures simultaneously, and his studio process is both meticulous and time consuming. To generate one small body of work can take up to 100 hours of cutting, welding and filing before each sculpture is powder coated in his signature electrified palette.

He is a prolific artist who has been exhibiting professionally since 1995. Backed by an impressive list of group and solo shows, he has completed numerous major commercial commissions and a swathe of public art works.

His recent commissions include major public sculptures for Genesis for Sydney’s Ryde Park in conjunction with UAP, Super Sonic for Collins Square, Melbourne with Hassell/Walker, Elektromaster for Central Park in Sydney, and Prismatic for the Ibis Hotel in Brisbane.

Before joining the Olsen Gallery in Sydney and Flinders Lane Gallery in Melbourne, Horstmans’ work also featured in a number of successful solo exhibitions across Australia and Asia. He has participated in several festivals and group exhibitions, including the Vivid Festival, Sculpture by the Sea, Artisans in the Park, Sydney Botanical Gardens and several curated shows at the Casula Powerhouse Arts Centre.

“My work is all about the shadows generated by forms. I begin every sculpture from the shadows inspired by my last, so that my body of work is a continuous interlocking chain.” 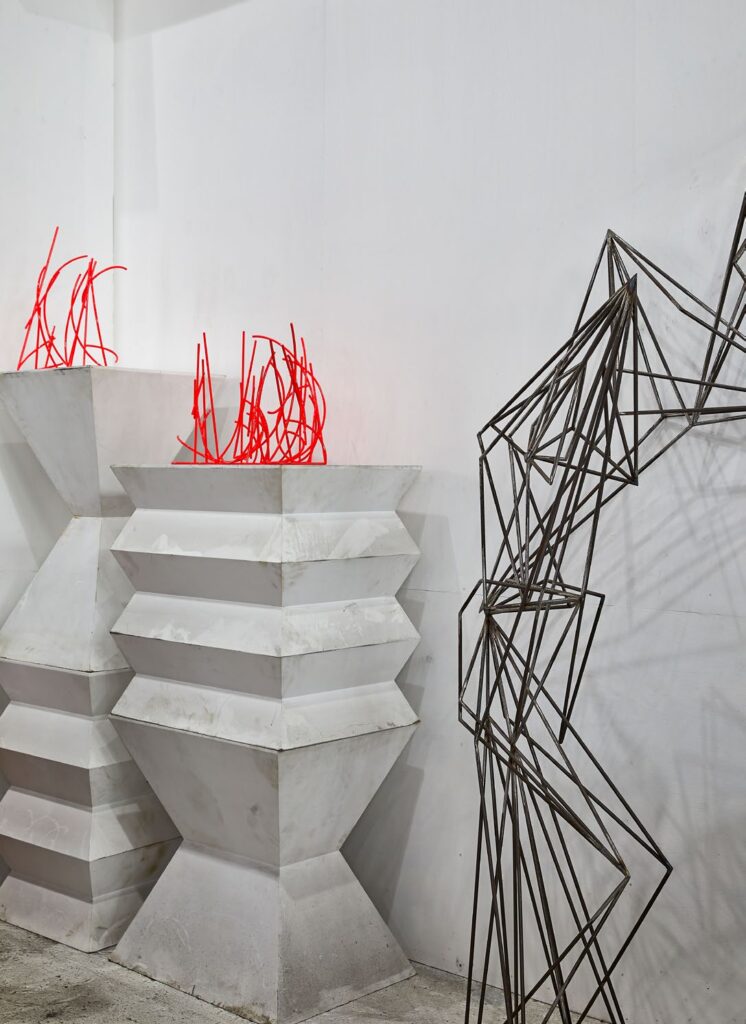 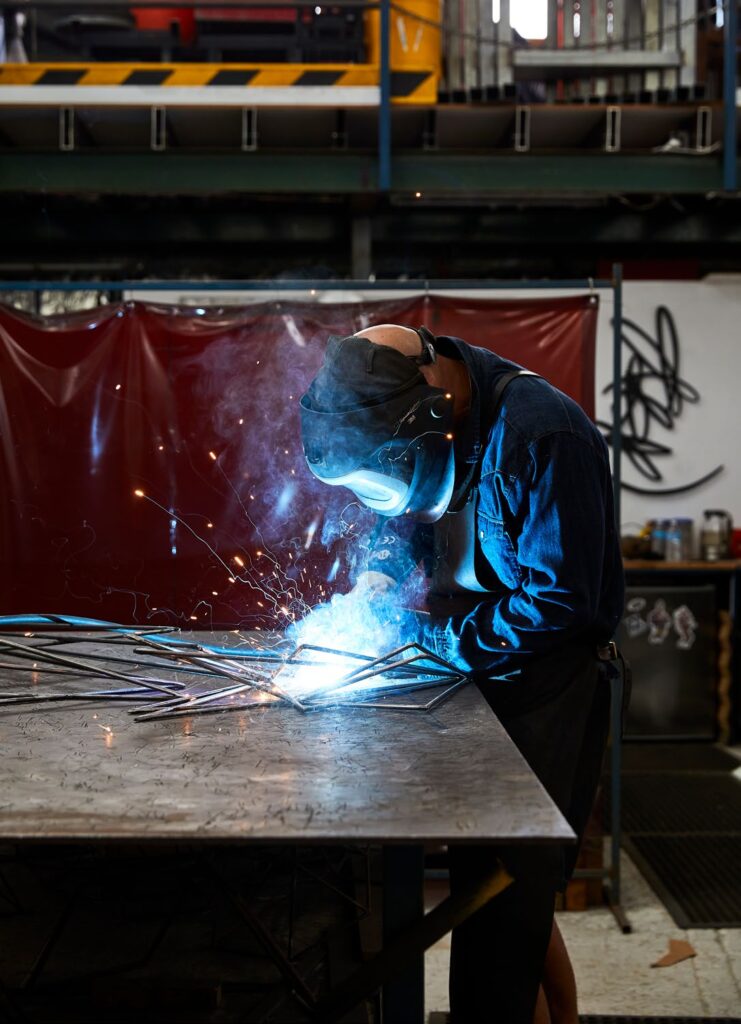